Officials from the Ridgefield School District recognized its January employee and students of the month at the school board meeting on Jan. 10. 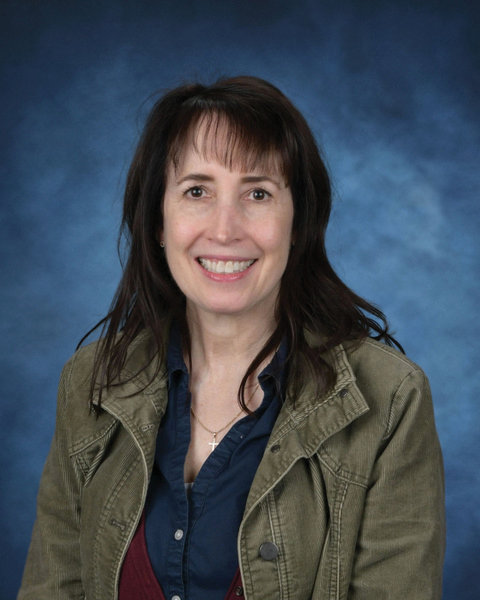 Karen Moses, who has been an employee of the Ridgefield School District since 2000, was named the employee of the month. In a news release, Moses was described as “a fantastic educator who always gives her all to ensure each child receives what they need to be successful.” She was credited for consistently demonstrating that every student is able to learn at high levels, while creating a classroom community that is respectful and responsible. “Karen steps up to help when someone needs something and is always willing to share what she has created,” stated the release. “Just the other day, when we were short of subs, Karen willingly volunteered to take another entire fourth grade class for 40 minutes when there wasn’t any coverage.” 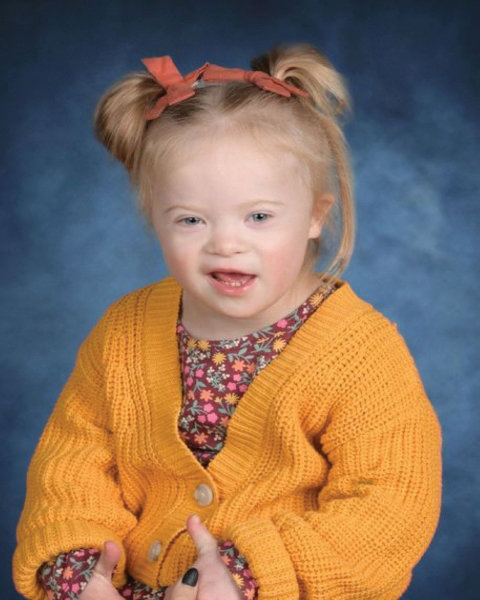 Ivy Vieths, a pre-K student, was selected as the student of the month at the Early Learning Center. In her first year at the center, Vieths has made “a powerful and positive impact,” stated the release. She is described to have an “effervescent personality” and is noted as a “pure joy” to have in the classroom. “Ivy is always ready to help others and cares deeply for her friends,” the release stated. “When a friend is sad, she works to make them happy and soothe them.” 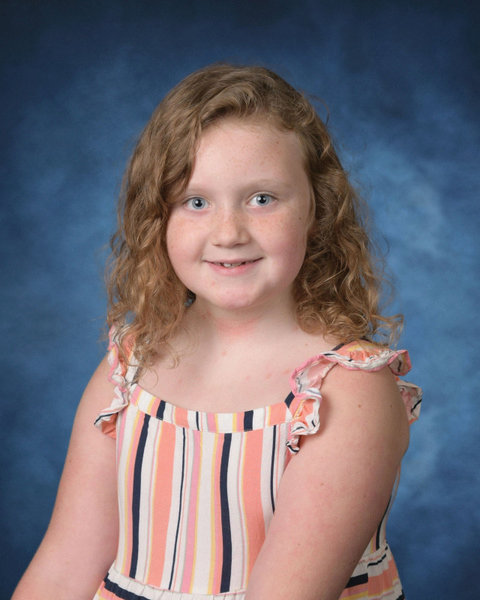 Isabella Files, a second grader, was named the student of the month at South Ridge Elementary School. Files is described to be a kind, empathetic and active participant in the classroom who goes out of her way to make everyone feel important and loved. “Izzy will literally drop everything to help a friend in need,” the release stated. She understands new concepts with ease and confidence, stated the release, but isn’t afraid to ask for help when needed. 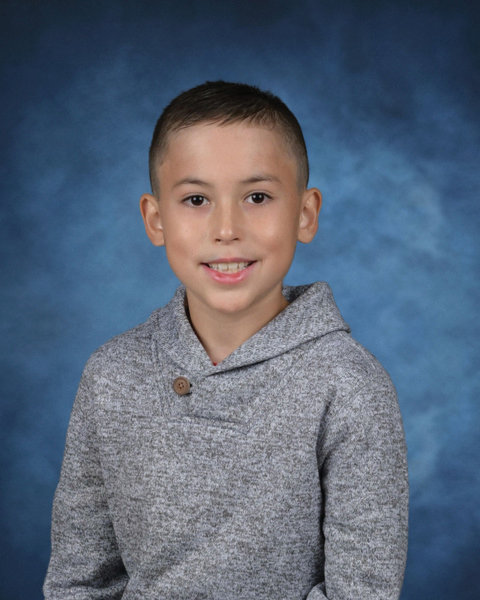 Elam Regalado, a third grader, was selected student of the month at Union Ridge Elementary School. Regalado is described as someone who consistently follows direction, is a good listener and is said to come to school each day with a smile, positive attitude and a growth mindset. “You can count on him to tackle new challenges with gusto and put forth his best effort in all that he does,” stated the release. “But most importantly, you can count on Elam to be a good friend.” 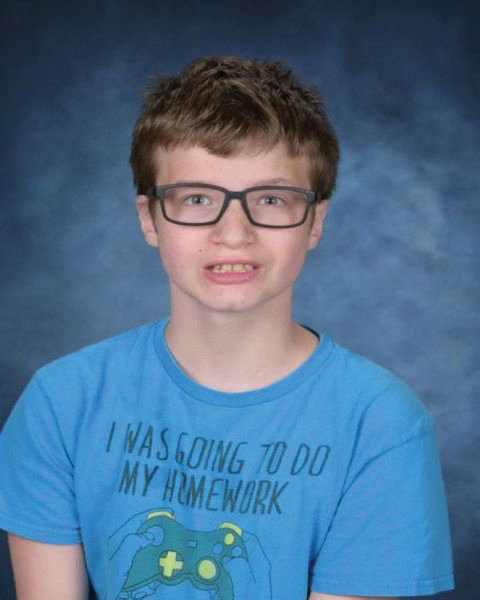 Leighton Rogers, a sixth grader, was selected as the student of the month at Sunset Ridge Intermediate School. Rogers “is a perfect example of a resilient, responsible, respectful and hardworking student,” who is eager to learn and is said to light up a room. He turns difficulties into opportunities and is not afraid of a challenge. “Sunset Ridge is so proud of all of Leighton’s effort and hard work,” stated the release. “Leighton’s resilient attitude and respect for others will take him far.” 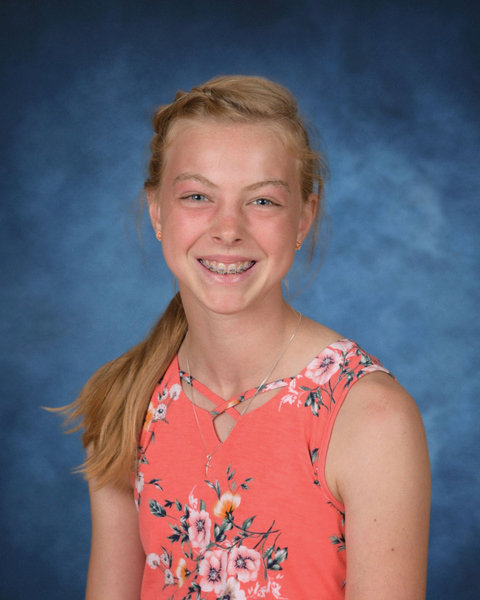 Jael Benedick, an eighth grader, was named the student of the month at View Ridge Middle School. Benedick, who is a quiet leader, is also creative and kind, stated the release. She comes to class prepared and completes her work to the highest level of quality. “Jael always looks to go beyond expectations and improve everything she does and is constantly thinking outside the box to not only improve her understanding, but to make it more enjoyable,” stated the release. Benedick is said to embody the virtues of the school. 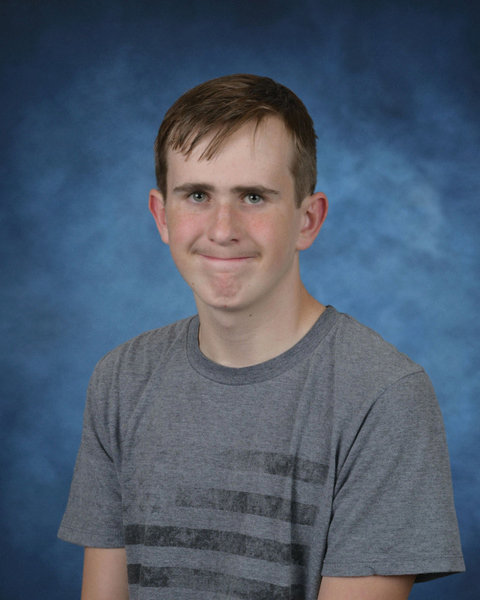 Koda Johnson, an eighth grader, was picked as the student of the month at Wisdom Ridge Academy. Johnson is described as “an academic powerhouse,” who is taking six classes and has secured straight As. He comes from an Air Force family who moved around a lot and has lived in Ridgefield for four years. “When not working on school, Koda is a talented goalie on his two lacrosse teams and hopes to play lacrosse in college while studying to become a history teacher,” stated the release. 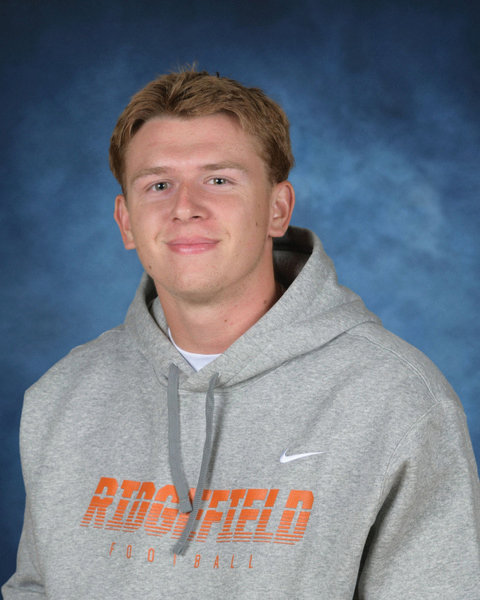 Brody Masterson, a senior, was selected as the student of the month at Ridgefield High School. Masterson is said to pour his heart into all of the activities he is involved in, which include sports and playing the guitar. “No student exemplifies respect, resilience and responsibility more than Brody,” stated the release. Masterson is described to have “genuine sincerity.” A lot of his attitude and work ethic can be attributed to his role model, who is his dad. Masterson has a 3.79 GPA and college acceptance letters have started to roll in for him, stated the release.

Jazz festival will return to Clark College in late January

Portland man charged with vehicular homicide for crash that killed Woodland man
A 50-year-old man from Woodland was killed in a rollover crash at state Route 500 and Interstate 205 in Vancouver on Wednesday, Feb. 1.  Dennis J. Coplin, the passenger of the vehicle, was …

WSU Vancouver to hold public workshops on how to pay for college
Washington State University Vancouver will host four “A – Z of Paying for College Workshops” this spring.  The workshops are a public service for all prospective and current …

Sen. Braun criticizes Democrats on police pursuit reform
Republicans in the state Senate released a statement on Tuesday, Jan. 31, criticizing police reform legislation sponsored by Democrats on grounds the legislation was based on inaccurate data. …

Margaret J. Waletich, 72, of Battle Ground, died on Jan. 20, 2023. Arrangements are under the care of All County Cremation and Burial Services. Charles Schwartz, 71, of Ridgefield, died on Dec. …

Mary Irene (Nylund) Heidegger was born on June 8, 1938, in Vancouver, Washington, to Albert and Juanita (Colvin) Nylund. She passed away on Jan. 21, 2023, in Battle Ground, Washington, at the age of …